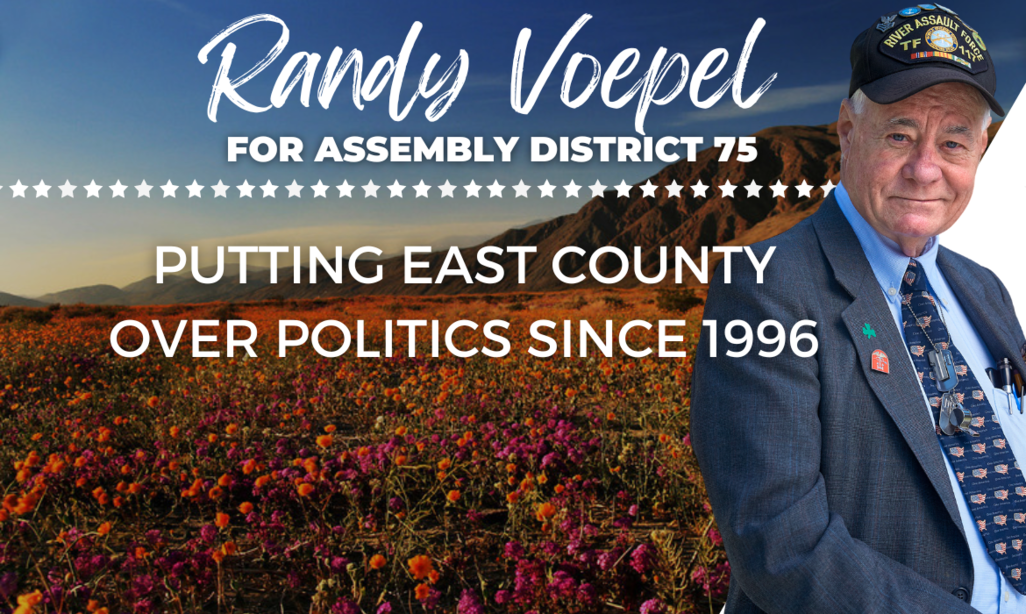 "Senator Stone has been a strong representative for his district and is an accomplished elected official," said Voepel. "I am honored to have his endorsement and look forward to working with him in the legislature."

Senator Jeff Stone was elected to represent the 28th State Senate District in 2014. Stone served as Mayor of Temecula until being elected to the Riverside County Board of Supervisors.